This note is for people who know me and wish to see what I’m up to, and/or for anyone interested in German physicists’ culture of going to group trips. Feel free to skip it otherwise.

We had just sat through an hour-long talk and discussion about time-resolved ARPES**Angle-Resolved PhotoEmission Spectroscopy, a direct way to probe electron dispertion relation (band structure) perspectives, after a morning of other talks and a day of hiking. All of a sudden, the doors of the conference room burst open and in poured dozens of children, in their pyjamas, crying and jabbering. Turned out there was a fire alarm at the hostel and evacuation meant either standing in the cold outside or barging in on a physics seminar. Who knows, maybe that evening one of those nine-year-olds got inspired to become a physicist. Or a fire-fighter.

This and other adventures entertained me during the five days of our group trip—a yearly retreat for all members of the 4th Physics Institute to share their research (and beer preferences). As a newcomer to the party, I was curious to experience it firsthand.

We stayed at Burg Wernfels, a 13th century hill castle turned youth hostel, not far from Nürnberg in Bavaria. It turned out our excursion coincided with a school trip for some German pupils, hence the fire alarm story. There was no fire, by the way—somehow the newly installed smoke detectors were triggered by the steam from the bathroom of one of the children’s rooms. Or so they told us… 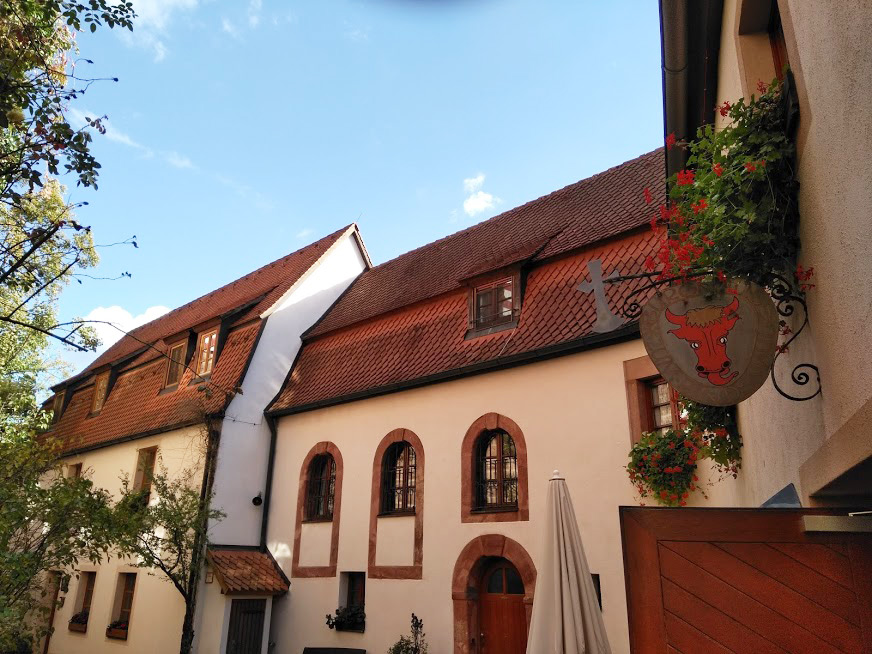 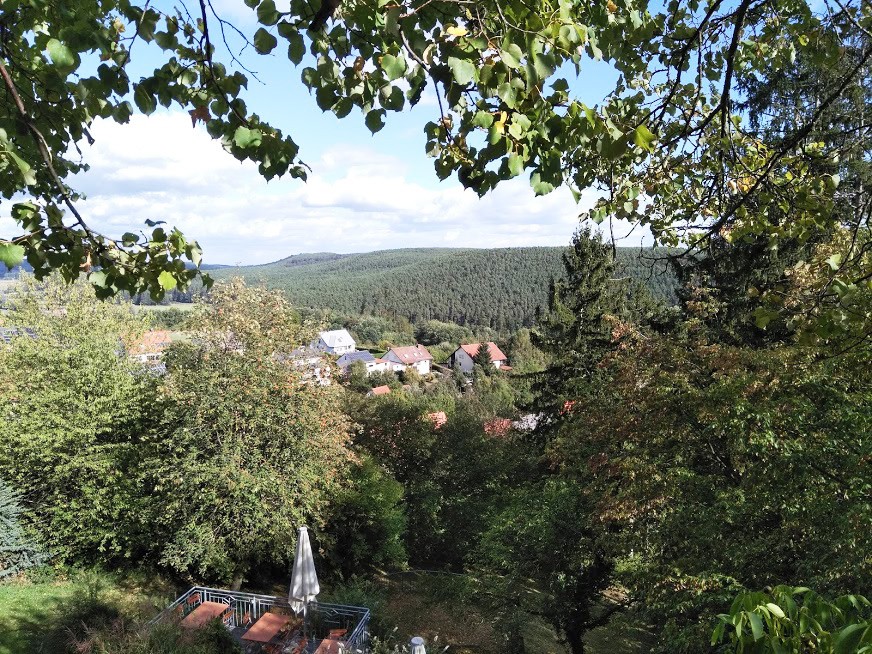 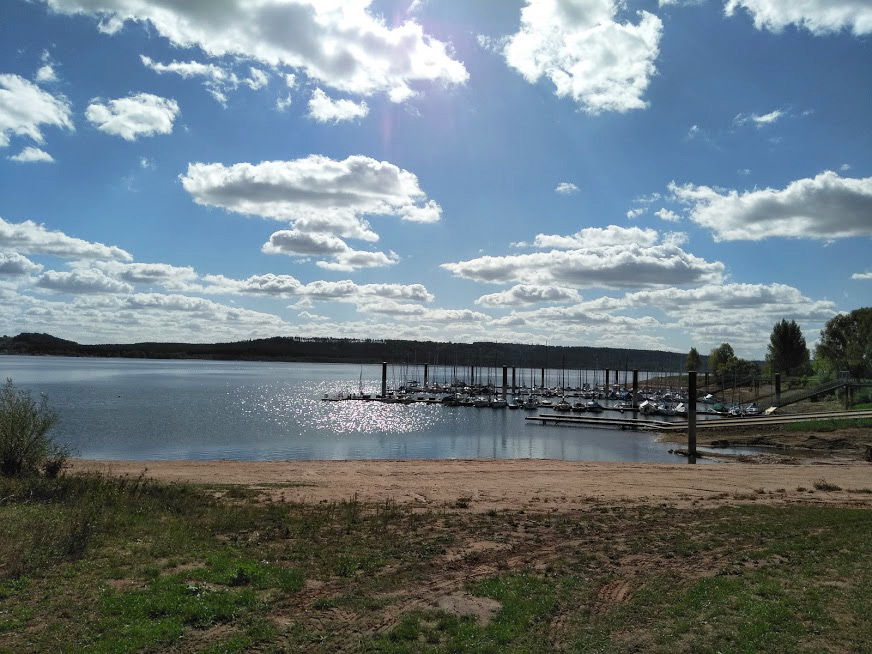 While the first and third day were packed with more than twenty talks in total, we were cut some (intellectual) slack on the second day and went hiking around the Brombachsee, a lake nearby. As seen from the photos above, some group members couldn’t resist going for a swim.

The talk topics broadly covered 3D-printed microoptics, laser development, some optics theory and plasmonics. My supervisor, my colleague and I provided a little solid state/ultrafast specctroscopy boost to the session with our talks. At the end, Prof. Giessen (the Institute director) lectured on the business side of physics, revealing interesting and useful details from his own experience. 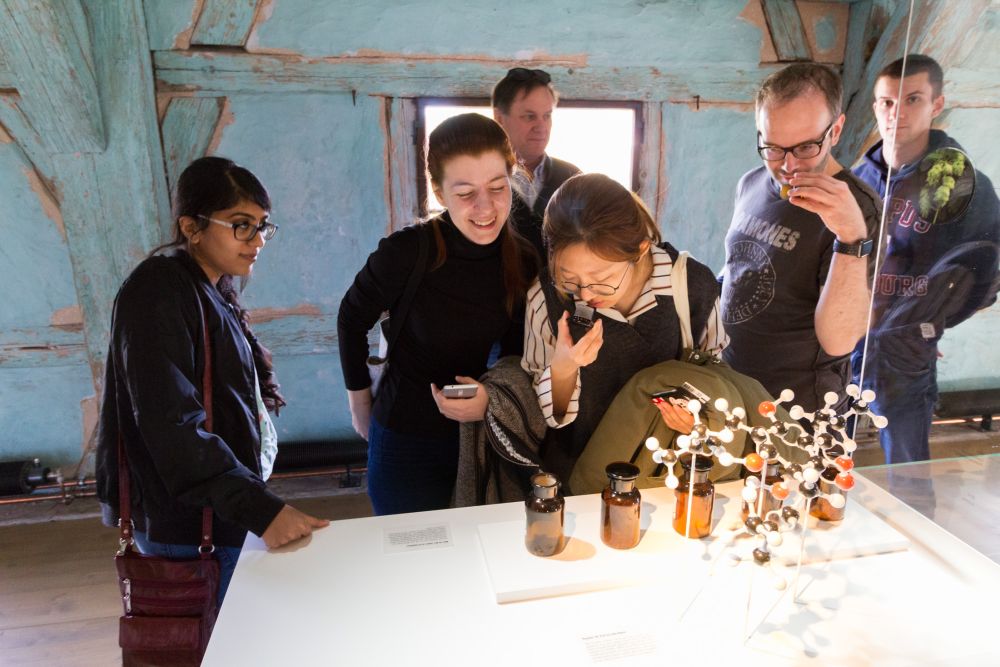 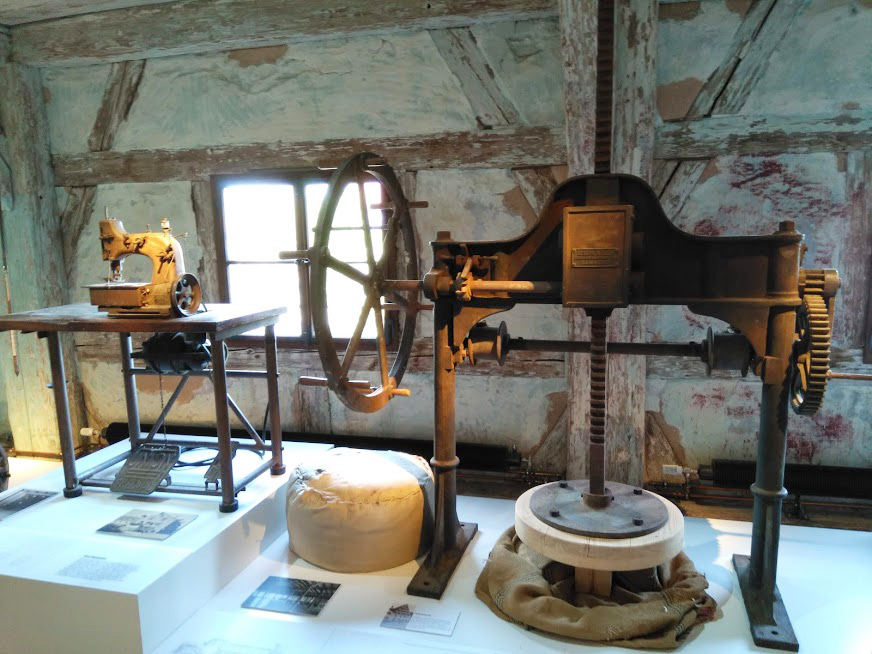 Another fun activity we managed to squeeze in was going to the town of Spalt, famous for its hops and beer. We visited the beer museum and tried to guess flavours by sniffing, sat on hops-shaped chairs, looked at yeast under a microscope and enjoyed a glass of cold Spalter after. 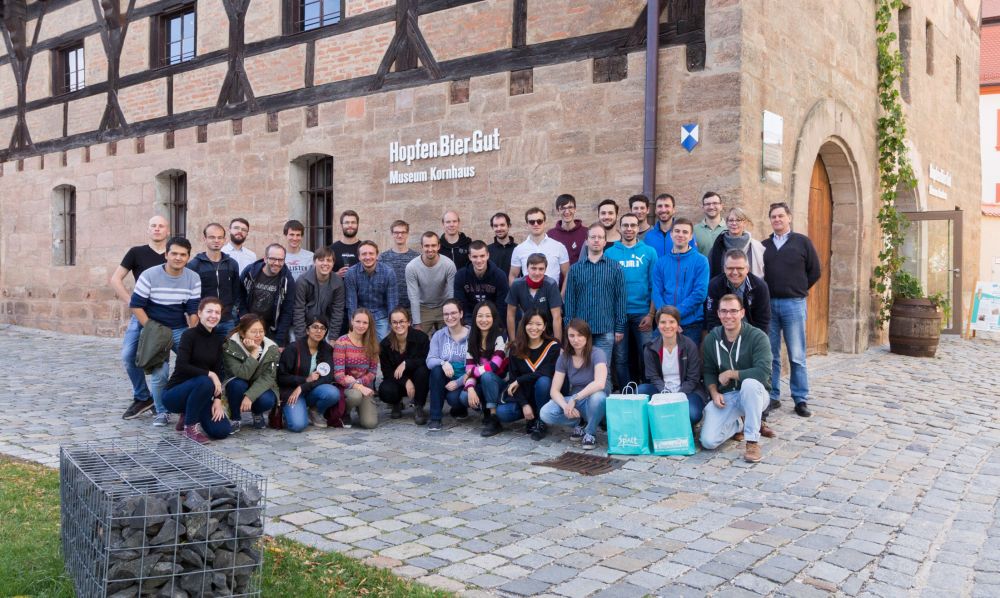 Our fourth day had no talks, but a more intense hike (20 km or so) along the Ludwig-Donau-Main canal. There was plenty of time for engaging discussions, from laser cavity design to the best Harry Potter book. 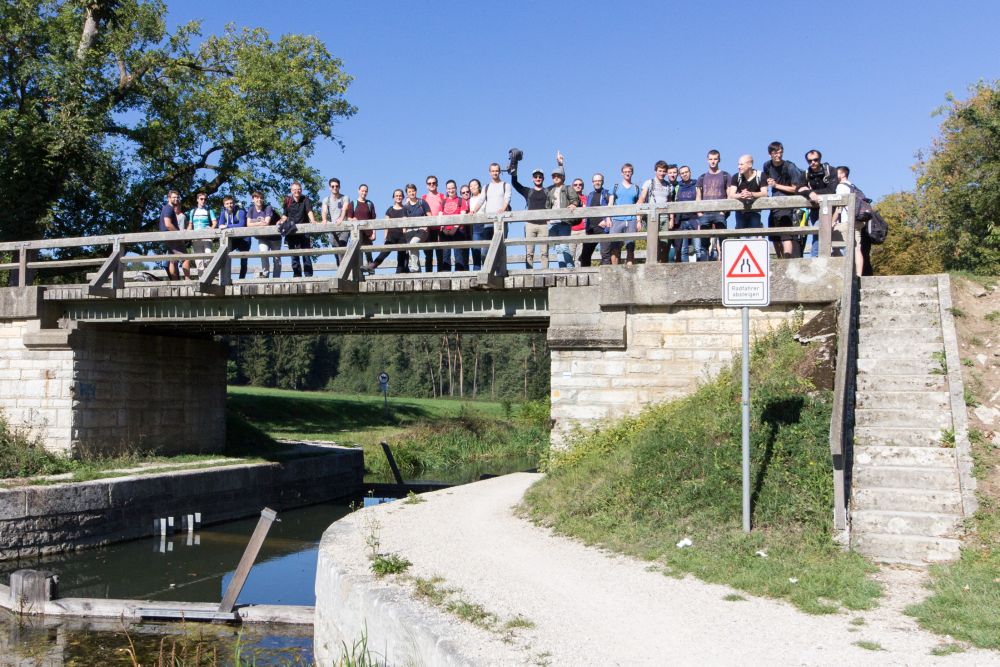 Finally, we reached Nürnberg and had a lovely time just exploring the historic centre. We could even have a well-deserved snack and beer before hopping on the train back. 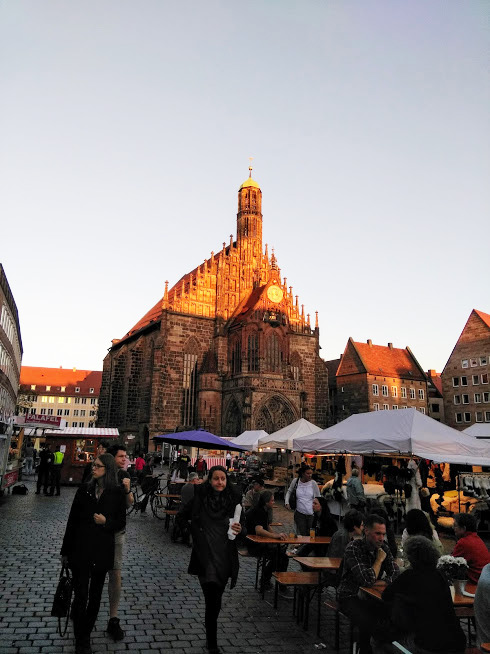 It was a very fun and, well, German experience overall. Those less fond of walking weren’t thrilled with the activity of choice, while the athletic types found it not challenging enough. Yay for the middle ground then! And the whole talk routine definitely counts as conference prep.

All pictures with people on them are courtesy of PI 4, University of Stuttgart. The rest are mine.

- VIP pass to a holograpahy lab
- Jack of all trades, Master of one
- A laser fairytale